In Bhopal, Madhya Pradesh (Madhya Pradesh Coronavirus), 6 victims of gas scandal died due to coronavirus infection. First victim Naresh Khatik (55) died on 7 April. After this Jagannath Maithil (80) died on 8 April, Ramprakash Yadav (52) and Ashfaq Nadvi (73) died on 11 April, Imran Khan (42) died on 12 April and Yunus Khan (60) died on 14 April. Naresh Khatik had suffered from respiratory disease due to Bhopal gas accident. Jagannath lived in Maithil Ibrahimpura. The most impact of Bhopal gas accident was in Ibrahimpura, Chowki Imambara and Jahangirabad. 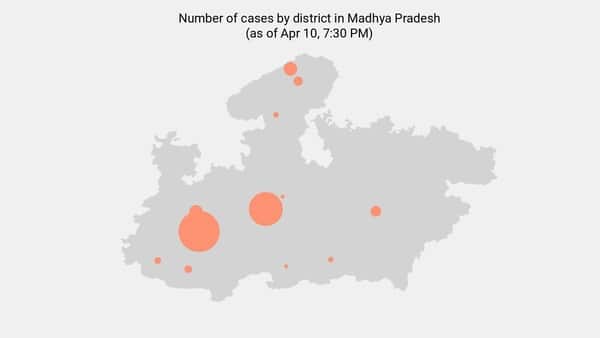 Ramprakash Yadav was also seriously injured in the gas accident. His condition was getting worse every year. He was undergoing treatment at Gas Relief Hospital. Imran Khan had oral cancer. Yunus Khan also became ill in the gas tragedy. His wife is battling cancer. Ashfaq Nadvi is being told that he was suffering from hypertension and diabetes. After the death of Yadav on Monday, the district administration has started sanitization work in Jahangirabad. Since last Tuesday, 50 to 60 thousand people living in the area are being screened. Even after the death of Nadvi, the administration became cautious and started closely sanitizing work in the area.

According to the Bhopal Memorial Hospital and Research Center (BMHRC), more than 50 percent of the people in the Bhopal gas tragedy are suffering from cardiovascular problems. The rest are suffering from pulmonary and diabetes. According to the records, so far 10,550 people have received relief due to being cancer patients. According to experts, Union Carbide Gas is 5 times more dangerous than Coronavirus. Let me tell you that the maximum cases of corona in Madhya Pradesh have been reported from Indore. So far 891 coronas have been confirmed in Indore and 213 in Bhopal. More than 40 patients have died in Indore.

Let us tell you that in the world as well as in India, the havoc of coronavirus is increasing rapidly. According to reports, the virus, which has spread in more than 180 countries, has taken more than one lakh lives so far. More than 2.2 million people worldwide are infected by it. The number of people infected with this virus in India has reached 15712. In the last 24 hours, 1334 new cases of corona have been reported and 27 people have died. So far 507 people have died in the country, although 2231 patients have also been successful in defeating this disease. Its patients are coming from all the states of the country. The central government had announced a 21-day lockdown in the country due to its avoidance. After which, on April 14, PM Narendra Modi, while addressing the people of the country, informed about the extension of the lockdown for 19 days. Now the lockdown in the country will end on 3 May.

Here at FashionSac, we publish timeless fashion statements for Men, Women, Beauty Tips & Home Improvement that are accessible to all.

Our passion is on publishing great fashion trends